This treatment can only be given by veterinarians at hospitals licensed in nuclear medicine.  Temporary discomfort in the treated elbow of some dogs has been reported.  Pet owners are provided instructions to moderate proximity to the treated joint for a short period of time following treatment.  For more information, talk with your veterinarian. Please see Consumer Product Information for more information.

Get easy, enduring relief with Synovetin OA®. Just one simple treatment can provide up to a FULL YEAR of relief of your dog’s elbow arthritis pain.

Talk with one of our veterinary professionals today to learn more about Synovetin OA® and where you can get treatment. Choose an option below: 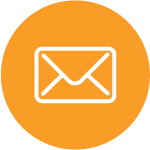 Talk to a Veterinary Professional 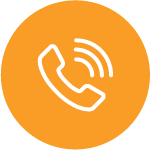 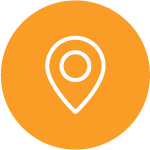 Locations in the US.

Fill out the form below to have one of our certified veterinary professionals call you back.

: ;How effective is Synovetin OA?

The effectiveness of Synovetin OA was studied in multiple clinical trials of dogs with elbow arthritis. Researchers evaluated Synovetin OA in its ability to relieve arthritis pain in dogs, such as lameness (limping), level of activity, and signs of pain during the 12-month studies.

After Synovetin OA was given, the dogs were less lame, in less pain, and had a greater level of activity.

: ;When will I see results?

In most cases, you should begin to see improvement in your dog’s mobility within a few weeks depending on the severity of the joint being treated. Some pet parents see results almost immediately, while in other instances of severe osteoarthritis, it can be up to two months. This improvement should continue over time as Synovetin OA works inside the joint to reduce inflammation.

: ;How is Synovetin OA administered?

Synovetin OA is an outpatient and simple procedure. Like most outpatient procedures, you will be able to drop your dog off and bring them home the same day. As for any joint injection, this treatment requires your dog to be sedated and/or anesthetized for a very short period time.  Upon recovery from the injection, your dog will be ready to be released upon the veterinarian’s discretion.

: ;How does Synovetin OA compare to nonsteroidal anti-inflammatory drugs (NSAIDs)?

: ;Are there any side effects?

Unlike common daily pain pills such as NSAIDs, Synovetin OA goes directly to a source of the osteoarthritis pain, so there are no systemic side effects.  The safety of Synovetin OA has been extensively investigated in numerous studies. Both the researchers and the pet parents of the treated dogs reported that Synovetin OA had no significant side effects or safety issues.  In some cases, it was reported that pain in the treated joint that can last up to 3 days following treatment.  Consult your veterinarian if your dog appears uncomfortable after treatment with Synovetin OA.

: ;Can my family and I be around my dog after treatment?

Yes, it’s completely safe for you, your family, and other dogs to be around your treated dog based on your veterinarian’s discharge instructions.  Your veterinarian will provide with an easy-to-follow home care instructions that will describe interactions with your dog following treatment.

: ;Do I need to restrain my dog after the procedure?

No.  With Synovetin OA, you can allow your dog to return to whatever level of activity they are comfortable with.

: ;Is this Cost Effective to other treatments?

Yes, if your dog needs ongoing pain relief, in most cases it will be more cost effective compared to other treatments over the course of a year. Plus, Synovetin OA is much more convenient for you and your dog in comparison to NSAIDS, PRP, or STEM Cell treatments.

Watch the amazing success stories of real Synovetin OA® patients and how it has transformed life for them and their families.

Find a Licensed Synovetin OA Treatment Center near you.

Use the Treatment Locator here to find a treatment center in your area. Or contact us and we’ll answer your questions and put you in touch with a Treatment Center near you.